The Worlds spirit is international and it gets real every year for all the fans in the world. There were some Worlds plays that were legendary and everybody had to see. Here are those moments, wrapped up just for you!

One of the best players to play the game, Faker. He is known for his insane career and incredible individual plays. During Worlds 2016, he did an incredible play and it looked outstanding! Faker completed a great escape to save the series for his team in the last game before the Worlds Grand Finals. ROX had many objectives to pick up if Faker had died in that position. With his experience and game knowledge, he managed to escape and save the game and also the series for his team.

Smeb’s Kennen against G2 Esports, shredding through the team

Smeb is one of the most famous South Korean top laners in the world and he owes this title to many different performances of his. However, there is this one that is known internationally as he literally carried his team on his shoulders in an important Worlds match. G2 Esports’ lead was undeniable but thanks to the South Korean team’s team composition, they needed only one ult from their Kennen which was in the hands of Smeb. Apart from the Kennen ult, ROX used all their arsenal and followed their top laner and managed to pick up the win in the tournament. Just like every other South Korean team, they played patiently and won the prize!

Another Worlds play including G2 Esports on the victim side. TheShy is one of the most famous top laners not only in China but also in the world. He definitely earned this fame by demolishing his opponents both in the laning phase and also in the entirety of the map.The mad-man played out of his mind with Aatrox in his hands and showed his talents once again. He demolished G2’s hopes with a 4-man Q to reach the Grand Finals. This was one of the best plays not only back in time but also today.

Who doesn’t like PraY? He has been one of the favorite players for most of the fans with his sweet behaviors and solid in-game mechanics. The Korean marksman’s Ashe arrow that won them the game is still an indelible memory in our heads. He stopped Duke from teleporting to base while he was hitting Nexus Towers with Kuro to end the game. Even though they lost the series after five games, ROX Tigers’ efforts and entertaining presence made the tournament a lot better.

The Chinese representatives of the Worlds 2017 tournament, secured an incredible lead over their South Korean opponents, SKT T1. EDG’s non-stop-pressure was all around the map, securing them nine kills whereas SKT had none. However, something unbelievable happened when the timer hit the 29-minute spot. SKT’s support, Wolf, made one of the most epic engages of all time, creating room for Faker’s Orianna ult and other utilities. Even though it was only a group stage game, it is still one of the best Worlds plays in the history.

Worlds is the most awaited tournament for the League of Legends fans in the world. Let’s hope we could see even more legendary plays in future events! 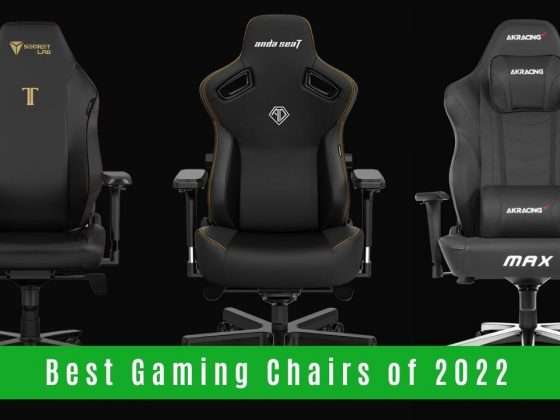 The Three Best Gaming Chairs of 2022