The upcoming Spring split 2022 will feature the ten best North American teams competing for domestic glory. A lot of shuffling has been going around the league as teams search for the best possible recruits. While some business is left to be done, all the AD Carries for the season have been confirmed. Hence we are ranking the top 5 AD Carries that will be playing in LCS next split

Danny broke into the scene last season after he replaced Deftly as the starting AD Carry in Evil Geniuses lineup. The 17 years old had a superb showing in his debut split, and he was one of the shining stars for EG. His best moments came in the playoffs of the Summer split, where he almost carried EG past the eventual winners 100 Thieves. Now with Philippe “Vulcan” Laflamme joining the squad, EG has one of the best bot lanes in the league.

Even though Team Liquid released Tactical from their squad, he is still one of the best AD Carries in the league. He was part of the Team Liquid organization for two years, where he mostly took the back seat while others wore the carry pants. Interestingly, he was part of the TSM academy before joining Liquid, and now he has returned to TSM. Fortunately, he will have more room to show his talent this time around and prove that he can be a reliable carry.

Berserker is an AD Carry prodigy from South Korea that was part of the T1 organization. He is a mechanically gifted player that plays a high-tempo game. Although fans might not be familiar with Berserker, analysts always have good things to say about him. He was a highly sought-after prospect before Cloud9 signed him as their starting AD Carry. It’s worth noting that Berserker doesn’t speak English, so it might take a while for him to adjust to the North American scene.

100 Thieves surprised many when they clean swept Team Liquid in the summer split finals to win their first-ever LCS trophy. One of the primary reasons for the team’s success was the star AD Carry FBI. Despite bouncing from one team to another in the past couple of years, he has been one of the most consistent AD Carries in the league. Overall, FBI is a versatile player the can both lead and play at the backfoot when needed.

Arguably the best AD Carry right now in the west, Hans Sam recently joined Team Liquid to form a new super team. He had a brilliant showing at Worlds, where he outperformed most of his counterparts. Hans Sama is a strong laner that likes to build early CS lead. Furthermore, he is an excellent understanding of positioning, which is why he often shines in team fights. 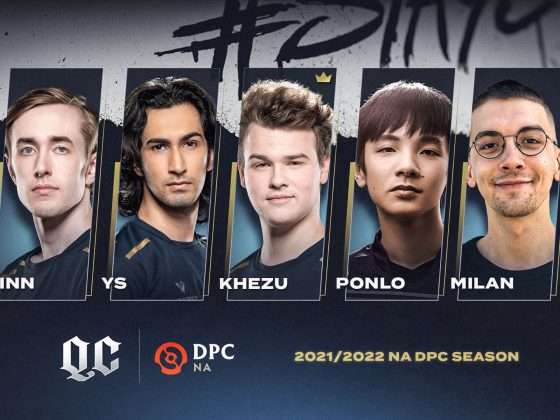