CLG’s mid laner Palafox talks with Gamelevate after their win versus IMT Progressive about being the first team in CLG’s recent three years to qualify for the playoffs, what his expectations will be in playoffs, and his team’s recent go-karting experience.

For the first time in three years, CLG will be returning to the LCS Playoff scene locking in fourth place. The roster helmed as a developmental roster defied all expectations and aims to head to the World Championship. One player on that roster, Cristian “Palafox” Palafox, has set himself to be a contending mid laner in the league and a favorite for the FTX Most Improved Player of the Year award.

Palafox, thank you for speaking with us. This is the first CLG iteration since 2019 that has locked in for playoffs. How does it feel to be the first CLG team to not only lock playoffs, but also upper bracket in playoffs?

Just going off CLG history, they were a really good team. They won in 2015 and 2016. And it kind of feels special in a way, like being this team that basically is doing so well especially like we had four rookies and Contractz. I mean, I don’t know if I’m considered a rookie at this point, but we had quite a developmental roster. And to do this well, it feels like a new life for CLG. And that feels like pretty good. especially like locking upper bracket like, feels super good. Like, it’s super relaxing.

I want to ask about Akali. I know you were just asked this on the broadcast but Akali is a signature champion of yours. Can you describe to me a little bit about what makes you so confident in your ability to play Akali into basically any matchup?

I think a lot of people don’t really know this about me but I was a control major player at the start of my career. Like I played like, I was literally an Orianna one trick that like branched out to playing like Viktor and Azir. I played a lot of Xerath and stuff with a bunch of long range. And I think, right when I like first broke into the scene, I was kind of having a slump with my team. I was in Texas or something and I just started only playing melee and assassins because it was just fun, right? And after that point, in my opinion, I just got super comfortable on these picks. I understand how the range side wants to play it. And because I understood the ranged side, so well, I can translate that to playing the melee side really well.

Going off the champion pool, I want to ask about just the mid lane in general. The analyst desk talked about how this mid lane talent pool in North America has suddenly become so tight that six people, including yourself, can be recognized as an All-Pro mid laner. in your opinion, what you feel like, throughout the course of the split, the mid lane pool has been like and why has it been so close lately?

I think what really changed has been the consistency for players. Let’s say when I was on like C9 Academy right? We literally scrimmed LCS teams all the time and we’d 5-0 every time we played them. And this included teams with Bjergesen in 2020. We’re 5-0ing any team that wasn’t C9. Even back then I knew, personally, I don’t really have an issue playing against these people. It’s just kind of like a team game. And I think the game has kind of gotten to the point where like nobody’s really making so many big mistakes. Where I mean like, you’re not really gonna get a huge advantage or like a huge disadvantage, right? Unless like somebody’s just having a really off game or, they’re just playing bad. And I think that kind of just makes it so like, I mean, in mid there’s Jojopyun, Bjergsen, Jensen, me, toucouille. There’s one more.

I believe it would be Abbedagge?

Yeah. Abbedagge. I think the big question mark to me a lot of the time is actually just like, I would argue Abbedagge plays really weird. So some games, they’ll just be super good. And like some games, it’s just like, really bad. I think like even last game, the game we had yesterday against 100 Thieves, right? I mean, I was he was down to 150 HP by level like one or two. That’s unreal, you know? Like that’s like me playing well, but he has to do something for that to happen, you know?

You are locked in the playoffs. You are most likely going to be facing either C9 or FlyQuest. And obviously, for you guys, you just had a 1-2 week. So without giving anything away, what do you think’s important for CLG to work and improve on to be able to make a full upper bracket run and potentially qualify for Worlds?

I think the most important thing is pretty much like our mental game to game, right? Obviously, we don’t have many people who went into playoffs and played in these series. So just having like the mental reset after one game to another and not being too caught up on like, whether the draft was good or bad. And just like focusing on ourselves and how we actually played in the game, I think that’s probably going to be the most important part.

For you, in particular, this is gonna be your first LCS playoffs and there’s obviously a lot of pressure. How do you make sure that you’re going to kind of push away the pressure and just play your game the best that you can?

I mean, this feels maybe like a little bit cocky to say, but like, I trust my abilities to play normal. Right? In academy we played on stage too, right? So it’s like, kind of the same thing, maybe not. But like, at the time as an academy player, it is, you know, that’s you’re fighting for your life out there, you know. And I never really ever felt nerves on stage. I’m kind of more of a maniac I feel just because I can see the tendencies of all the players. And I just feel like, I want to like push them to see if they are going to be like more nervous or less nervous, or just like, Yeah, I mean, usually I don’t have any nerves.

Talking a little bit about CLG in general, you guys have been showing a lot of group growth and I believe a lot of people are looking at the entire roster for the FTX Most Improved Award. In looking at the course of the split, how would you rate your overall growth as a player from going down from starting in LCS to going down back to Academy and now proving yourself once again, as a top LCS Mid Laner?

Yeah. I think you might have heard other pros say this, but a lot of it is just like, the ability to improve your team out of scrims and then keep a consistent day-to-day performance. Like, let’s say, your team is all playing like ****, right? Like, you’re just like, plugging awful players, right? One game, if you put like an S tier player in for one game, he’s probably still gonna lose the game even against like C tier players, right because they are overall better.

Throughout the time CLG has had together, I think that like, everybody has kind of left their mark on somebody else in a way. Maybe I’ve improved Contractz a little bit or like Contractz has improved me. Same for everyone else in every role. And I think, like spring, we were trying to like, find our groove for CLG. And, like, going into summer, everybody put in a lot of work.

When we went to Korea, I played like 400-500 games in a month. Lugar pretty much did the same. I’m pretty sure all of us really did the same thing. And we’re all just like trying to grind to get better. Right? And like when everybody does that together, like it’s like, so much easier to give criticism because everybody’s just like, no ego, you know? And, yeah, I mean, I think that’s that type of stuff is really helped.

As we wrap up, I want to ask about the go-kart racing that you guys did. I kind of want to get your thoughts on how that was. You guys do a lot of team bonding and I believe that was part of it.

I thought it was really funny because like, some people like Juan (Contractz), got a really, really bad car. Like, we didn’t know how good or bad the cars were before, right? Like we’re all first time (Kind of: I kind of tested it before.) But yeah, Juan got the worst car so there was no way for him to win. And I think I ended up getting one of the better cars. And I think because I was first at the end like, man, I should have intentionally lost like been second. I just got targeted at the end. Like, I had four people just target me. So I couldn’t win.

Finally, is there anything you’d like to say to the CLG fans? 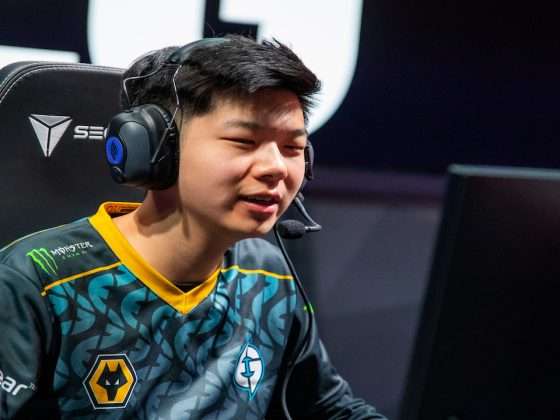 Jojopyun talks about being first place in the LCS 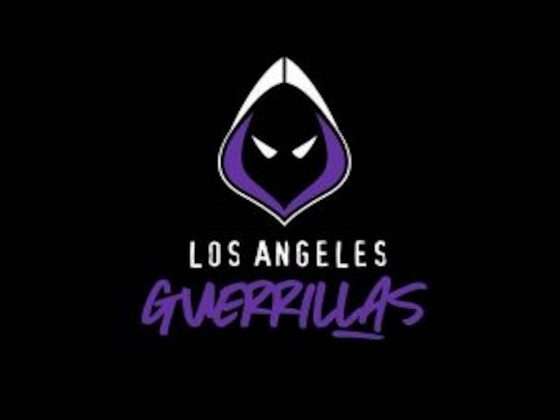