MAD Lion’s mid-laner Nisqy talked to Gamelevate after their win versus the Istanbul Wildcats on Day One of the Worlds Play-In stage about returning to the Worlds Stage, being named the LEC Summer Split MVP and his on-stage banter with the players.

The MAD Lions roared back in the 2022 LEC Summer Split after struggling in the Spring Split and qualified for the Worlds stage representing Europe. One factor to their success was the return of Yasin “Nisqy” Dinçer who brought his international experience to this younger roster and earned himself an MVP Title in the process. Now, he looks to bring the hopes of the MAD Lions to the Group Stage.

Nisqy, thank you so much for speaking with us today. Before we talk about the games, I just want to ask, and I don’t know how much you’re allowed to say, but how are your teammates and your coaching staff feeling after testing positive for COVID-19?

I think they’re feeling ok. I don’t think any of them are really sick or anything because the last few days, we’ve been fine. Only today, two of our players couldn’t go on stage. So yeah, I mean, we’ll see how they feel the next day. But hopefully, they don’t feel really bad because we have important games to play.

You’ve been playing in Europe for the last few years. But you started your career in North America. How does it feel to be returning to North American soil?

It’s always fun to be back. It reminds me of the good times when I was on Cloud9 and Team EnVyUs, so it always feels good to be back. But I mean, I like Europe better.

MAD Lions won both of their games today but both were rather close. But before we talk about those games, can you talk to me about what it feels like to be playing in the play-in stage?

To be fair, I like playing in the Play-Ins because it can help you helps you get a grip of the meta, and also kind of play on stage, get the nerves off, kind of get prepared for the big stage in a way. And yeah, I mean, for me, I think it’s a good thing for this team for sure. Because for example, Unforgiven has no experience at all going internationally. And I think for him, it’s really good to be in the Play-Ins, but in the end, you need to win them to go to the main stage.

What has been like working with this particular team at the beginning of the Play-In stage?

I think usually coming to worlds, you get clapped in scrims because you usually play teams that are way better than you and then you lose confidence. And you don’t know what to draft because you’re not winning in scrims.

But I think for example, right now in Play-Ins, the teams we scrim are not like the top teams that are at Worlds because they have maybe not arrived yet. And I think that’s a good thing to be fair because in the past when I’ve been to Worlds two times, we use this as a read of the teams, and then we always had confidence issues or like draft issues, because we don’t know what’s good, what is bad, but I think right now we kind of figured out our drafts and our meta so we’ll just follow it and see how it goes.

Can you give me your thoughts about how you felt the first two games went today?

I think in both games, our early game was pretty good to be fair. That said, the way we struggled the most is in the mid-game. For example, in our game versus the Istanbul Wildcats, we really made a lot of mistakes. We died multiple times randomly and I think we also gave a third dragon for free candidate because we didn’t base in time. So those small mistakes make it kind of harder to close out the game I guess in a way. I think we just need to fix our mid-game and everything will be fine.

You’re more known for playing control mages. In these two games, we saw you play the Sylas and the Taliyah. What makes them so resurgent in the Worlds meta despite seeing multiple nerfs in these last few patches?

I just think that these two champs can interact very well with the champs that are being picked right now and with every role. I think a lot of mid champs right now or kind of good. In a way. I don’t think there’s like one really OP one for example. I think they’re all at the same level in a way. It just depends on when you pick them.

That’s what I like to be played at this Worlds because I feel like you can play a lot of stuff in the mid lane and it’s not just Azir, Orianna, and Corki or something like that. It makes the meta more fun to play against because other teams have a different team.

So yeah, I like this meta, and Sylas and Taliyah are for sure picks that I’m very comfortable on. But I have many more picks as well.

I want to ask about your specific group. Group B is the Play-In group of death with RNG, DRX, and yourself. You’ve played against difficult teams during your times on C9 and Fnatic. What do you think of these teams in your group who will essentially be competing with you for their tournament lives?

RNG and DRX are two very actually good teams, I think they will for sure make it to the main stage. And once they make it there, they will have a good showing, because LCK and LPL teams are really, really good to be fair. So we can’t underestimate them at all. I just think it’s important that we for sure, just play our game and just try our best.

And like, if it’s enough that we beat them. If not, then like it sucks. I think we will know how to play against them. And we respect them for sure. But in the end, we can beat them for sure.

Before we talk a little further about the upcoming games, I know you have that split off in the spring. You come back to the LEC and get an MVP. Can you reflect a little bit about what it means to be returning back to the world stage with this break, and ultimately, now earning yourself an MVP title?

Definitely feels good. I didn’t think that I would be this good in the Summer Split. I thought I would need a lot more time because I took a split off. But I’m really glad that I made this MAD Lions team better. And that we made it to Worlds because that was kind of my goal. Joining this roster I really wanted to just go to Worlds because I felt like it was really doable with the teams that were in the LEC. So yeah, for me, that was one of my goals. And next step is to make it to the group stage.

You were able to win against two of the five teams in Group B. Is there anyone you’re looking to face off against?

I’m going to say RNG because it’s a team I analyzed a lot. I like the way they play. I think it’s very aggressive and very good. So it will be very interesting to see how I’ll match against Xiahuo first of all, and how we match as a team against RNG.

As we’ve mentioned before, you are one of the veterans on this MAD Lions roster. How do you feel like your experience in the past World stages will help this younger roster be able to succeed at Worlds?

I think I’ve seen patterns from before, like, when I’ve been twice to Worlds when you scrim some teams and lose a lot. then you try to change your meta, for example, what enemies are playing to kind of copy them. And then you just are kind of lost of like, what to play, when to pick it, how to win games.

I think we made sure this year or like right now that like we have our meta, we just play it. And if we were wrong, it sucks, but at least we did our best. So I think that’s something I really wanted to implement in this team. Also not losing any confidence even if you lose every single scrim block, for example, because in the last few years, when I’ve been to Worlds, it was very rough scrim blocks, and everyone lost confidence. And then at that point, it’s very hard to win. So yeah, mostly confidence and having your own meta.

While we’ve been talking, I have been noticing your joking style. Apparently, some of your pregame chats were talked about on the desk with Isurus and the Istanbul Wildcats. I want to just get your thoughts on what makes you decide to lighten the mood in these more tense situations.

For me, it’s just really important that when you’re on stage, you feel very comfortable. I think one of the ways that I showcase that is by either talking to my teammates in like a very troll way or kind of talking to the enemies, bantering them, making fun of them, or trolling them. most teams actually like it too unless I offend someone, which I believe I did rather not do. I think it’s a very fun thing. For example today, I think it was against Isurus. He was not on stage. And I was like, oh, like, you look really good on stage and because the guy was not there. So there are the small things that are just other not just make the competition even more fun.

Finally, is there anything you’d like to say to fans of the MAD Lions?

Thank you for your support as usual. We went to war today, but we’re not very clean. We know that. So we’ll try to fix our mistakes and make sure to support us all the way. Whatever happens. So thank you. 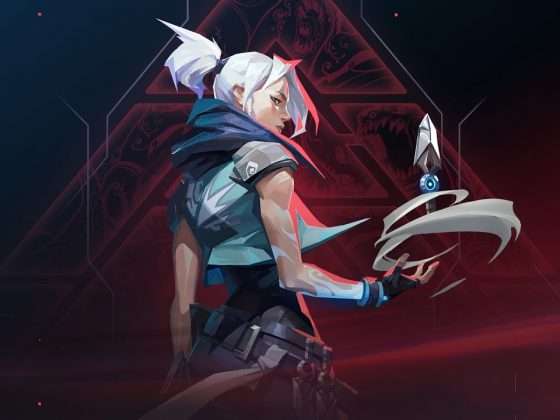 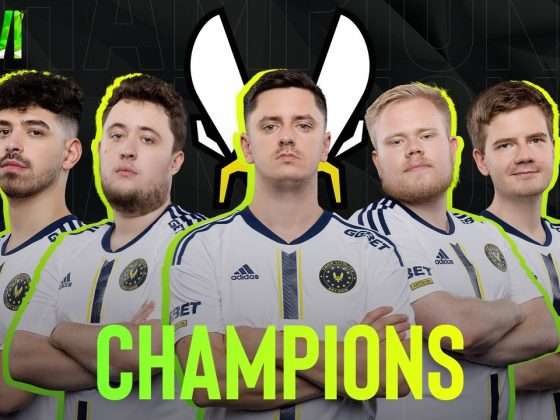