The first week of the LCS Summer Split is in the books, and we’ve already got a season’s worth of fiestas (FlyQuest vs. Evil Geniuses), dramas (Chipotle, anyone?) and comeback stories (Immortals are looking pretty good right now).

TSM are back at the top as mid-laner Tristan “PowerOfEvil” Schrage popped off on a character that wasn’t a control mage. Largely criticized last split for strictly playing those and nothing else, PowerOfEvil whipped out his Viego and made several critical plays on it to secure the win against Team Liquid, who even had Alphari at the time.

The team looks laser-focused and ready to take on whatever challenges they may face, and their two expected contenders, Team Liquid and Cloud9, are facing issues both on and off the rift. TSM is benefitting from a cohesive roster (and some crypto money), and this consistency of play has them at the top of the power rankings.

You better watch out: Immortals are coming to town, a juggernaut powered by jungler Andrei “Xerxe” Dragomir’s Rumble. IMT looked like a much more cohesive unit than they did at the beginning of the Spring Split when they were plagued by visa issues that prevented the team from being able to practice together before the start of the season. 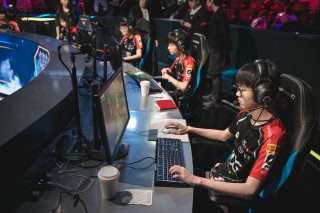 Now, with a full head of steam, some prep time and Xerxe’s performances (who has a 40 KDA and this past week’s Player of the Week honors under his belt), this team is looking to stomp on the heads of anyone who gets in their path.

If you’re getting a sense of déjà vu, I don’t really blame you. 100Thieves are, once again, back near the top of an early-split power rankings list. After acquiring mid-laner Felix “Abbedagge” Braun from the LEC’s FC Schalke 04 Esports, they’ve sought to redefine themselves and move on from the image of a team that isn’t playing to its strengths.

The mid-lane consistency has paid off, as the team played off of Abbedagge’s Karma (for all three games) and let players like jungler Can “Closer” Çelik pop off on carry champions such as Xin Zhao. The concrete style could be a product of new head coach Bok “Reapered” Han-gyu’s leadership in the role. With this newly defined meta and Abbedagge wielding the power of Karma, this roster can go toe-to-toe with anyone else in the league.

The post-MSI slump is real, and Cloud9 are feeling it. Coming off of a major roster shakeup which saw All-Pro bot laner Jesper “Zven” Svenningsen sent to C9 Academy and the promotion of former Academy player Calvin “k1ng” Truong in his stead, Cloud9 has looked shaky but still full of promise. Though k1ng’s performances on Kai’Sa have been strong, Cloud9’s overall play, particularly by mid-laner Luka “Perkz” Perković, left a bit to be desired.

Despite defeating an Alphari-less Team Liquid, they’ve dropped games to 100Thieves and, surprisingly, a resurgent Golden Guardians squad. Though they have every chance to bounce back and make a strong run this summer, their performance has been disconcerting for now.

Team Liquid is having issues, to put it mildly. Inside the game, they’re 1-2, going from showing dominance in some moments to looking totally confused in others.

Outside of the game is full of questions and drama after the completely unexpected Friday benching of star top-laner Barney “Alphari” Morris for no discernable reason.

Head coach Joshua “Jatt” Leesman claimed in an interview with journalist Travis Gafford that the benching was a decision made over the course of a long period of time. Alphari, however, tweeted late Monday night about swapping dinner plans but claiming he made his decision “a month in advance”, taking aim at Jatt’s statement during his interview with Gafford.

While Thomas “Jenkins” Tran looked decent in their games, it wasn’t the typical lane dominance that the team is accustomed to with Alphari, and they dropped games against Cloud9 and TSM, while only winning against CLG. The team needs to get its cohesion together, and with the sudden roster changes and apparent turmoil within the unit, it doesn’t look like that’ll happen anytime soon.

So why are they above Dignitas? Well, Golden Guardians made some roster swaps before the split, sending top laner Aiden “Niles” Tidwell and support Leandro “Newbie” Marcos down to their Academy squad while promoting top laner Colin “Solo” Earnest and support Jonathan “Chime” Pomponio to their LCS lineup. Niles was widely regarded as the worst top laner in the LCS and had the stats to go with it, with Golden Guardians having a terrible Spring Split overall. This change has been a breath of fresh air, and this team feels much different from its showing in the Spring Split.

Solo has proven to be a much better top laner than Niles, and the synergy is great between bot laner Trevor “Stixxay” Hayes and his new support. Taking down Cloud9 puts them above Dignitas, despite currently having a worse Summer Split record, and they offer a higher ceiling than their counterparts.

Despite being 2-1, Dignitas owe their score to beating two rather weak teams alongside the smacking they got from 100Thieves. IIt goes to show that they are a very boom or bust team. The skill level of the three young guns guided by veterans Zaqueri “aphromoo” Black and Joshua “Dardoch” Hartnett is extremely high (as long as they don’t pick jungle Darius again). They showed flashes of the Spring Dignitas against FlyQuest and Dardoch did Dardoch things, going 9-1-9 on Rumble.

Their competition so far has been pretty lackluster, hence the seventh place on this list: Evil Geniuses are throwing big leads and FlyQuest are still figuring themselves out. The potential to go higher is definitely there.

FlyQuest are a lot of things. Entertaining? Absolutely! Raw? You bet! Good? Maybe…?

There’s a lot of potential with this roster on the backs of veteran Eric “Licorice” Ritchie and star jungler Brandon Joel “Josedeodo” Villegas. FlyQuest has looked a bit sloppy in their wins, including a clown fiesta of a game that went down to the wire against Evil Geniuses that ended in a late-game ace at their nexus that let them run it down to the enemy base.

FlyQuest isn’t a star-studded roster by any means, even once you factor in Licorice and Josedeodo, but they’re improving slowly but surely, week by week. Though they clearly belong near the bottom of the rankings, they’ve already confounded expectations with their wins, even if they only came against EG and CLG.

Sigh. Oh, to be able to sit in on the meetings in the Evil Geniuses team rooms right now.EG lost three very winnable games, including one to TSM. Each time they commanded a significant gold lead that they eventually threw away. Focusing on transitioning their early leads into wins should be their move going forward, on top of making sure new bot laner Kyle “Danny” Sakamaki is feeling comfortable in his role. 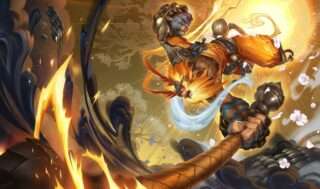 Danny skipped the Academy squad, sliding up directly from EG Prodigies to make his debut in the role once filled by Matthew “Deftly” Chen. While Deftly tended to stick to strong performances on Kai’Sa, Danny, who was formerly named “Shiro”, showed he could whip that out along with the Jinx and the Samira this past weekend. EG are expected to jump up the ranks, but they’re not looking great for now.

Poor CLG. They’ve had a really rough Spring, with issues ranging from a coronavirus outbreak in the squad to long visa issues with Finn “Finn” Wiestål and Mads “Broxah” Brock-Pedersen, the combination of which led to one of the worst overall records in the Spring.

An upswing could have been expected with the team together in LA and everything solidified overall regarding the roster — and yet, CLG look a bit lost out on the rift. They’re also the victims of some questionable draft choices. CLG does have the chance to turn it around, and they did face two good teams in Immortals and TL, staying competitive against the former all along the way.

The skill is there, but it has been for a while since they could show it in the servers. Right now, that looks pretty out of reach for this embattled squad. Unless a miracle happens, CLG should be thinking about solving their issues before having thoughts of making it to 8th seed for the playoffs.

Fortnite Season 7 Week 1 challenges: everything you need to know 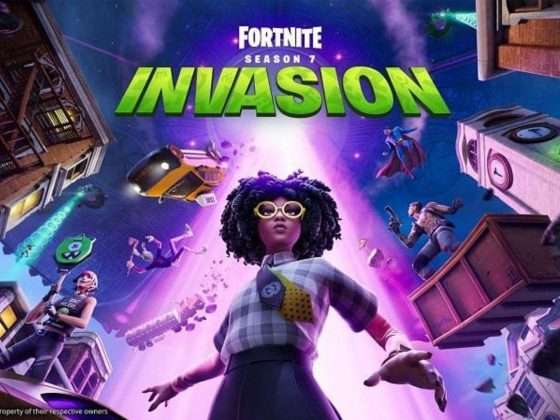 Matt Thibault is a freelance journalist whose work has appeared in Stacked, Gamelevate, and Industry Dive. He creates a variety of written and video content on his passion, esports. The breadth of his esports experience is with the FGC, League of Legends and Overwatch. Matt holds a Master of Arts in Journalism and Public Affairs from American University in Washington, DC.