The group stage of IEM Fall: EU delivered plenty of dramatic storylines, with the region’s best sides battling it out in the fierce best-of-one format for a spot at the PGL Stockholm Major that is now less than a month away.

The event is all set to ramp up an extra notch, however, with the playoffs kicking off on the 7th with the final eight teams left standing fighting for the lion’s share of the event’s prize purse and valuable RMR points. Here are some of the key storylines you should be following as the playoffs get underway.

The volatile nature of IEM Fall’s best-of-one format throughout the group stage of the event led to a plethora of frantic performances, and surprising results.

With this being the final chance for teams to bag crucial RMR points, there were a plethora of surprise packages that were able to claim some seriously impressive finishes. Copenhagen Flames topped Group A with a flawless 5-0 record that included wins over the likes of G2, BIG, and Mousesports, Movistar Riders recovered from a 0-2 start to seal their place in the playoffs, and Team Fiend edged out FaZe Clan in Group D.

In fact, out of the remaining eight sides left in the main event, only four were in HLTV top fifteen at the start of the tournament. It’ll be fascinating to see whether or not any of these surprise packages can keep their fairytale stories alive when the playoffs kick-off.

Astralis have certainly seen their stock drop throughout the online era, however, if history has shown anything, it’s that the Danes are always kicked into gear when it comes to a Major.

The org’s flawless 5-0 run during the group stage had serious 2019 vibes about it, even if they were without Nicolai “dev1ce” Reedtz and Lukas “gla1ve” Rossander this time around.

Four-time and current Major holders, Astralis have built their legacy as the greatest side in CS:GO history off of their performances on the biggest stages; and their performances in the group stage were enough to see the Danes become one of the first fully qualified sides for this year’s PGL Stockholm Major.

It looks as if this current generation of Astralis are just starting to arrive on the server with a bit more of a bounce in their step, and their remaining performances at IEM Fall and the Major beyond could be one of the most interesting storylines to watch unfold.

NiP the team to beat?

When Ninjas in Pyjamas (NiP) broke the Esports world with their jaw-dropping acquisition of dev1ce from Astralis, the upcoming PGL Stockholm Major was clearly at the forefront of their minds.

The first Major on home soil since 2014, where the team were beaten in the grand final, it represents a huge opportunity for the org to firmly put themselves back at the top table of CS:GO, and with a four-time Major winner now in their ranks, it’s clear why so many in the community saw the move as a potential match made for greatness.

And whilst it’s fair to say the current NiP generation haven’t quite managed to set the world alight as of yet, their performances at IEM Fall so far can hardly be questioned, netting a perfect 5-0 record in Group D.

The team have already bagged a spot at this year’s Major, however, a strong showing at the remainder of IEM Fall will not only reward the Ninjas with a potential Legends status but also convince plenty in the community that this current generation is capable of being the best in the land. 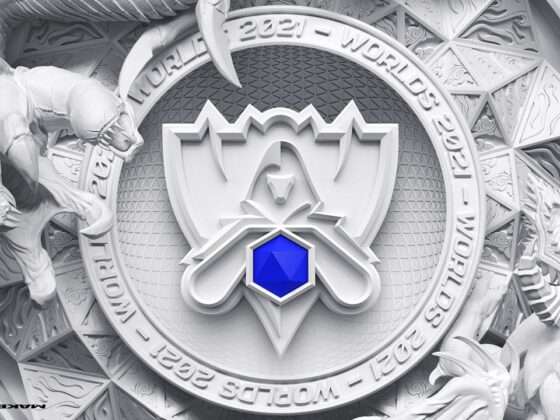