COD Modern Warfare 2 and WarZone 2 are getting some pretty significant updates to the gameplay.

Infinity Ward is making widespread changes to not only the maps and equipment but also to some core game mechanics. Loadouts play a large role in what makes this game unique. In the November upcoming release, players will get faster access to their Loadout’s Primary Weapon.

There’s also a new extraction shooter mode called DMZ. In the DMZ mode, operator squads have “free rein to complete faction-based missions.” Gamelevate anticipates that there will be many more details about this new mode released in the upcoming weeks.

A New Era for Call of Duty

Starting on November 16, Season 01 COD Modern Warfare 2 and Warzone 2.0 will deliver action on all fronts: the next iteration of the massive free-to-play Battle Royale experience featuring the much-anticipated DMZ mode, reimagined maps in Multiplayer, and an additional Special Ops mission prior to the first Raid Episode. There will be plenty of content across both games through the all-new Battle Pass, football-themed events, and more.

Central to the COD Modern Warfare w universe, the city of Al Mazrah within the United Republic of Adal is your first battleground for Warzone 2.0.

Those who are playing COD Modern Warfare 2 right now are getting some serious training on Al Mazrah. For example, the following Multiplayer maps are subsections of this massive region:

Warzone 2.0 Innovations, Updates Since Call of Duty: Next

Call of Duty Warzone 2.0 is ready to make its impact as a rebuilt, free-to-play, free-for-everyone take on the Battle Royale game that has redefined the Call of Duty franchise.

Before the Season 01 launch, an entire blog will be dedicated to diving deeper into new features and mechanics that have been updated since what was shown at Call of Duty Next. For now, here is a taste of the biggest highlights we can share:

Loadouts Are Not Leaving

Custom Loadouts are back for Warzone 2.0.

Similar to the original Call of Duty Warzone, Loadouts play a large role in what makes this game unique, and in this new era, players will have quicker access to their Loadout’s primary benefit: the Primary Weapon. There are three ways to earn a Loadout, or at least, a Primary Weapon:

Additionally, in-match Cash can be used to purchase your Primary Weapon from created Loadouts.

In Battle Royale, like the previous Warzone, Supply Boxes will throw out items to pick up. When a player interacts with any other loot container, such as a duffel bag, or medical case, they will function with a loot menu.

When a player dies, they will drop their Primary Weapon on the ground and their Backpack, which contains the rest of their content, and is accessed through a loot menu.

After Next, the new Gulag received some changes over the past two months while still being grounded within a traditional Warzone experience.

The Gulag will be a 2v2 environment where randomly paired Duos must coordinate to take down their opposition. All players will receive a predefined Loadout — at launch, this will be a Pistol or a Shotgun, a Lethal Grenade, and a Tactical Grenade — with highly effective weaponry and gear placed toward the map’s center.

The Gulag will also include a Jailer, who will appear in the middle of the match to help speed up combat. Defeating the Jailer will return all four Gulag prisoners back to the Battle Royale, which offers a dilemma: Do both Duos agree to wait and fight this powerful enemy together, or does one get greedy and try to go for the elimination victory?

Instead of a traditional Overtime mechanic, if neither team nor the Jailer is eliminated after a brief period of time, all four Operators lose.

The Gulag is just one of three places where players can fight AI combatants, as they will be restricted to guard specific locations.

The other two locations are Strongholds and Black Sites, which are clearly designated on your in-game Tac-Map to allow you to opt-into engagements with AI combatants.

During each match, several Strongholds will be activated around the map. Squads can visit these areas to fight AI combatants. The first team to complete a Stronghold must disarm a bomb and will earn a key to a Black Site and their Custom Loadout. Successive teams must eliminate a specific number of defenders (AI or players) and will earn their Custom Loadout, but not a Black Site key.

Black Sites are a more dangerous form of Strongholds, but they offer a permanent Weapon Blueprint reward and even more valuable in-match items for those who clear it out. These are available only via the Black Site key, given to the first team that clears one of the active Strongholds.

Not everything will be different from what we saw at Next. In addition to some other new features, expect the following in Warzone 2.0:

There may not be only one safe zone — in Battle Royale modes, there can be up to three circles within the collapse, which will ultimately remerge for the final showdown. Prepare to adjust your strategies accordingly, as this feature is randomized in each match.

Got something to say? Comms are now open, so any in-game chatter can be picked up by any other squad. This can open up new ways to tackle engagements . . . or mess with enemies who are holed up inside buildings.

In squad-based DMZ modes, as well as special Battle Royale playlists, you have the choice to join up with enemy Operators and form a larger squad.

Interrogation (Battle Royale and DMZ only)

In squad-based modes, intel is everything. Reveal enemy locations by successfully shaking down player-controlled enemies while they are downed.

Two new vehicles define the refreshed vehicle roster for Warzone 2.0: an aerial powerhouse known as the Heavy Chopper, which can hover in the air without a pilot, and and the GMC HUMMER EV Pickup, a versatile means to quickly cover serious ground with the whole squad in this all-electric supertruck.

Here is the full roster of vehicles you can expect to find in Al Mazrah:

No more unlimited fuel sources — all vehicles (yes, including the EV) use fuel over time, and when it runs out, that vehicle is no longer usable. Vehicles can be refilled either with Gas Cans found around the map or at Gas Stations.

Whether by boat or breaststroke, Operators can navigate waterways, rivers, and the open sea as part of their overall victory strategy. Remember only Sidearms, melee weapons, and Throwing Knives can be used while you’re submerged. Also, try using Lethal and Tactical Equipment on or underwater for a wide variety of potentially destructive effects.

Each Buy Station contains a unique set of items for purchase in limited quantity, including Killstreaks, Armor Plates, and more. You can see these offerings and can buy back fallen squadmates, within a new interface.

DMZ — Play Your Way in a Completely New Warzone Experience

In addition to traditional Warzone modes — Battle Royale Solos, Duos, Trios, and Quads — Warzone 2.0 will launch with a brand-new experience known as DMZ.

DMZ is an open-world, narrative-focused extraction mode where Operator squads have free rein to complete faction-based missions, take on additional side objectives, engage with enemy Operators or AI combatants, and search for valuable items, all while fighting to survive toward exfiltration.

Expect a Tactical Overview into this mode closer to its launch next week.

As announced, Warzone 2.0 will include Third-Person Playlists.

This shift in perspective could completely change the Battle Royale fundamentals in Call of Duty, allowing for different visibility tactics and an altered, but still, action-packed gameplay feel. COD Modern Warfare 2 owners can already get a taste of Third-Person now through the game’s Multiplayer.

Third-Person Playlists will be introduced into the Battle Royale weekly rotation during Season 01. 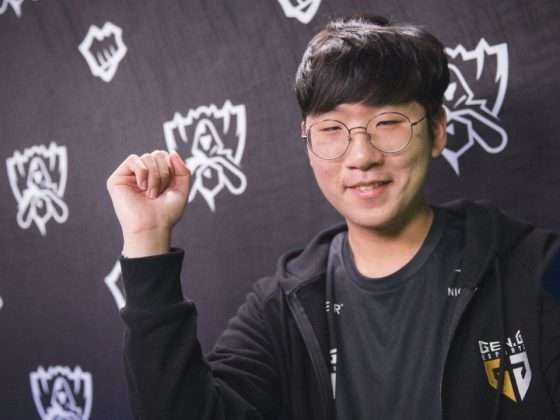