100 Thieves jungler Closer sat with Gamelevate to discuss his reactions after Day 4 of the LCS Lock-In Group Stage, his Worlds experience, and keeping positive.

100 Thieves became only the fifth LCS team to take home a title in the LCS’s history. Now, they look to regain a second trophy and represent the LCS at further international competitions. And Friday night proved that they’re on the hunt: taking down Cloud9 to be the first place in their group. At the helm of the charge is Can “Closer” Çelik – the Turkish jungler who has been sending shockwaves in the LCS.

Closer, thank you so much for speaking with me today. We haven’t gotten to talk since about a year ago. So a lot has happened. The first question I have for you is, can you go back and talk to me a bit about your Worlds experience?

Yeah, actually, it’s funny, because since Worlds, first I had visa issues, I couldn’t attend the boot camp. And then I was late for worlds. And then, at the start of the season, we had a boot camp in Korea, and I was late as well. Abbedagge was late as well. So we had a lot of problems. But yeah, about Worlds I think it should have been better. We had a relatively hard group. So I’m kind of still sad about the second T1 game we played. I feel like that game was really winnable for us. But I mean, I still believe in my career, like I’m planning to play this game for a long time, hopefully, if I have a good form. So I’m looking forward to my next Worlds.

But first, we got to go through the Lock-In tournament. I want to give you massive credit today: you guys did come first in the group. What has been your Lock-In experience been like so far?

I mean, it kind of blows that teams don’t have their full rosters. But I mean, like it’s $150,000 prize money tournament, so I’m not too worried about them not having the entire roster. I like Lock In. Hopefully, we will win it all.

You got to face Blaber again, you’ve faced Josedeodo, who I talked to the other day, and you had to face off against Iconic. I want to ask, what has it been like facing off against some new faces and some old faces?

I don’t really care who I’m facing, to be honest. Like in my mind, when I go into a game, the nameplates are off, and I’m just facing the champions and seeing what I can do in that game and what their champions can do. So yeah, I’m not worried about who I’m facing. But all that said, I think Blaber was the better jungler. I’m happy we beat them today.

I want to get your reaction then to today’s match. Obviously, this was important for you guys to lock in the first seed, and how does it feel to be in that first seed position once again?

Yeah, it feels good. We dropped the game to FlyQuest. I think it’s fine to lose, to be honest, as long as you win in the end. So, our goal is to just learn from our mistakes and move on. And even though today we won kind of cleanly, we still have a lot to improve on, and we’re going to watch this game back and learn from this game as well. Everything is a learning experience for us.

So today, you played Jarvan IV, and, as many of the memes on Twitter have said, you’ve gotten your hands on Viego way too many times. What do you think about these kinds of champions? Is this something you prefer to play, or do you prefer to play more Assassin or Tanks?

I play whatever my team needs and whatever is good in the meta. I believe I’m skilled and good enough to play whatever champion there is in the meta. I just need to practice it, I believe, and I’ll be fine. And yeah, I’m pleased with the jungle meta right now. I feel like I can do a lot of plays with the champions. For example, Jarvan, I feel like I can control the game really well. Same for other picks. Yeah, I’m happy with this.

As a follow-up question, why do teams let you have Viego still?

Yeah, we lost with Viego our last game, so I’m not undefeated on Viego. So they can try to leave it off again and see what happens this time.

When I talked to Josedeodo, we talked a bit about the two new rifts in the Chemtech and Hextech. And I want to get your thoughts on the rift changes and changes to the jungle as well.

Yeah, the new rifts are OP, especially the Chemtech one. The zombie form is really good if you know how to use it, to be honest. It kind of brings a different playstyle to the game when it’s the Chemtech map, because you can be invisible in the jungle. So you have to kind of change your warding style in the middle and late game. I feel like it brings a different play style to the game. So yeah, I like the changes. I like it so far.

Let’s look a little more forward into the knockout stage. You will be facing most likely one of the top two teams from Group B right now, and we can assume that it’ll be Evil Geniuses and Team Liquid, but also there are chances you could face off against CLG, and I believe the last team to lock in is Dignitas. Is there any jungler you’d want to face against from Group B?

I don’t really care, and I just want to win the whole thing. Actually, I want to face off against CLG and Luger because he’s my friend, and I want to beat him.

I want to ask about the jungle talent in North America. Inspired came in. You have Santorin still looking at top form. You have River from PSG; you have a lot of newer jungle faces that are coming into the LCS. And I want to get your thoughts on where you think you fit in if you had to rank yourself in the jungle pool?

Ah, I think it’s not fair because, like, I’m ranking myself at the highest consistently. I don’t believe I can face other players if I think they’re better than me. So I’m always ranked one in my mind. But like I said, I don’t do rankings; I don’t really care about that stuff. I just look to improve daily and become the best I can be.

There’s been a lot of things going on in the world. Obviously, you have COVID still impacting everything. And I want to ask you, how do you keep in such a positive mindset and make sure you’re at the best you can be despite all the challenges going on?

That’s a good question, but I’m not really sure how can I answer that. I mean, like, I just really appreciate every moment, like, I’m literally living in Los Angeles. I came from Turkey, and it’s so many people’s dreams to come here, work here, earn good money, be successful. It’s like, looking at the glass and finding it’s not empty, you know? So, yeah, I just enjoy life.

Finally, is there anything you’d like to say to fans of 100 Thieves?

I’m thrilled that we won our first championship, but I really want to win more and bring you guys more championships. So please keep supporting us, and thank you for your continuous support so far. 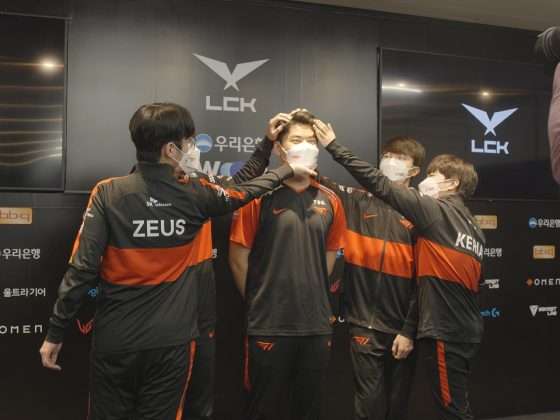 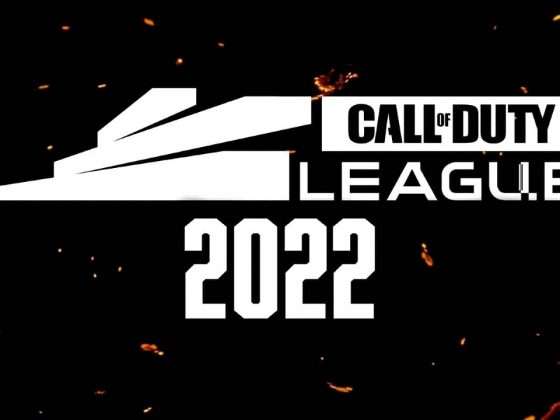